15-6 Paul before Judges and Officials 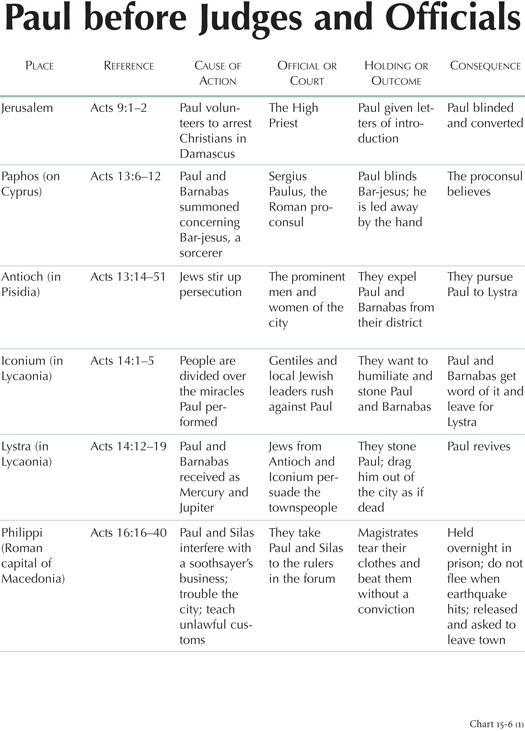 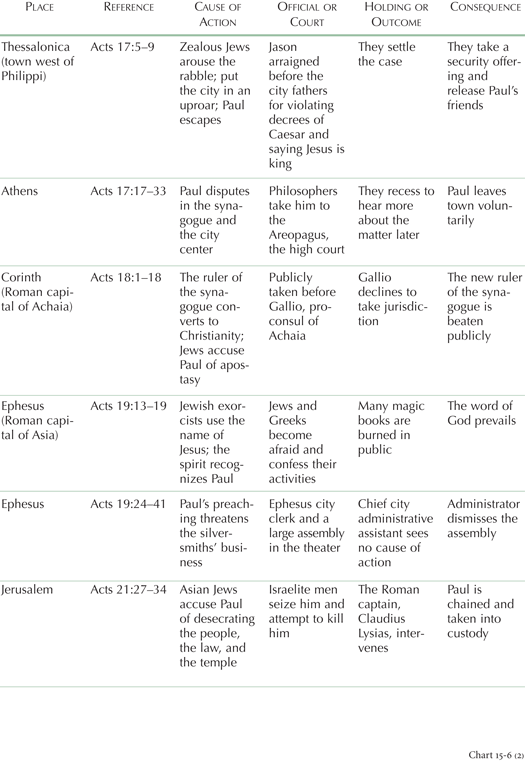 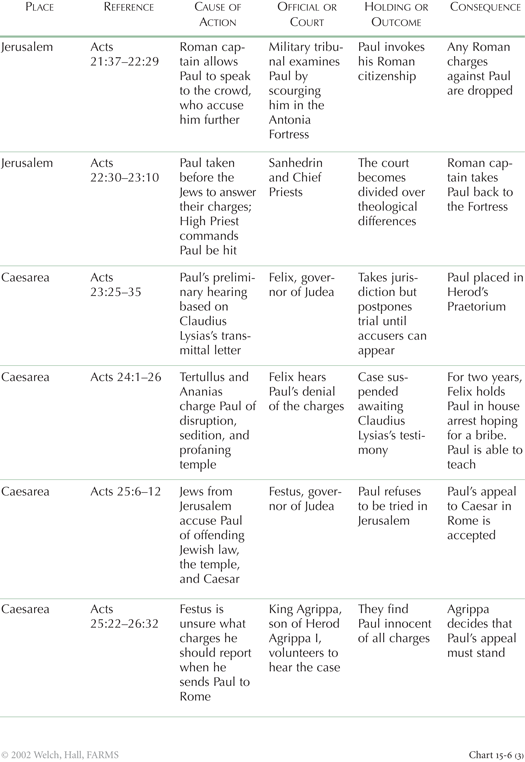 In addition to its accounts of Paul’s missionary efforts, the book of Acts intriguingly chronicles Paul’s appearance before many officials and judges. Often he welcomed the opportunity to explain his actions and, more frequently than not, answer charges brought by angry local Jewish leaders whose congregants Paul had converted to Christianity. On occasion the presiding official was Roman, but usually these judges were city magistrates who would have shared a Greek background with their fellow townsmen, or they were local citizens from a town of Asia Minor with a hellenized population. The typical outcome of such hearings and inquests was dismissal of the charges or a tacit agreement that Paul move on in order to assure local order. Chart 15-6 presents detailed information about each judicial appearance of Paul as recounted in Acts. Paul’s repeated victories in court show that he was well trained in the law and reassured early Christians that their cause was just and defensible.