15 – Sources behind the Book of Ether 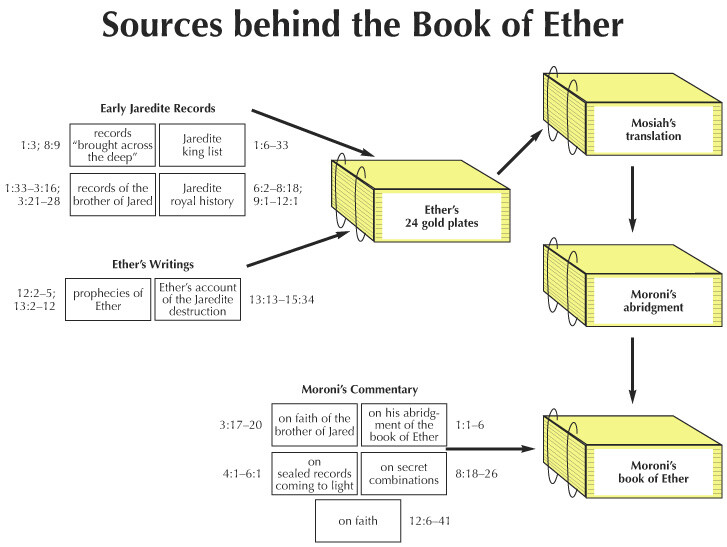 What we now know as the book of Ether originated from early Jaredite records and Ether’s writings, which Ether combined to produce his twenty-four gold plates near the end of the Jaredite civilization. The people of Limhi later found these plates while searching for the city of Zarahemla, and King Mosiah translated them around 120 B.C. Moroni later abridged the translated plates and, together with his commentary, included them in his record, thus producing the final form of the book of Ether. The seams between the insertions of Moroni’s comments into the final text of this book are clearly discernible, with the underlying text resuming flawlessly after each interruption.