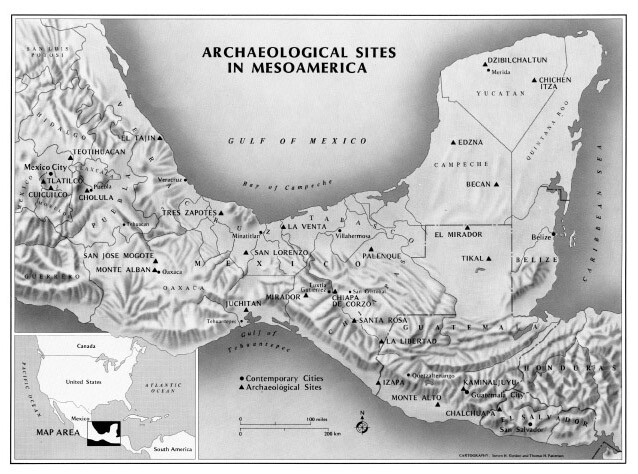 Shown here are various archaeological sites in Mesoamerica that may correspond to Book of Mormon places. Tres Zapotes is close to where the final Jaredite and Nephite battles are believed to have been fought. Mirador and Ammonihah/Angola correlate culturally and chronologically, as do Santa Rosa and Zarahemla. Kaminaljuyu, near Guatemala city, was occupied at the time of the ancient city of Nephi. Though definitive answers about Book of Mormon locations cannot be directly confirmed, some correlations are vivid and significant.