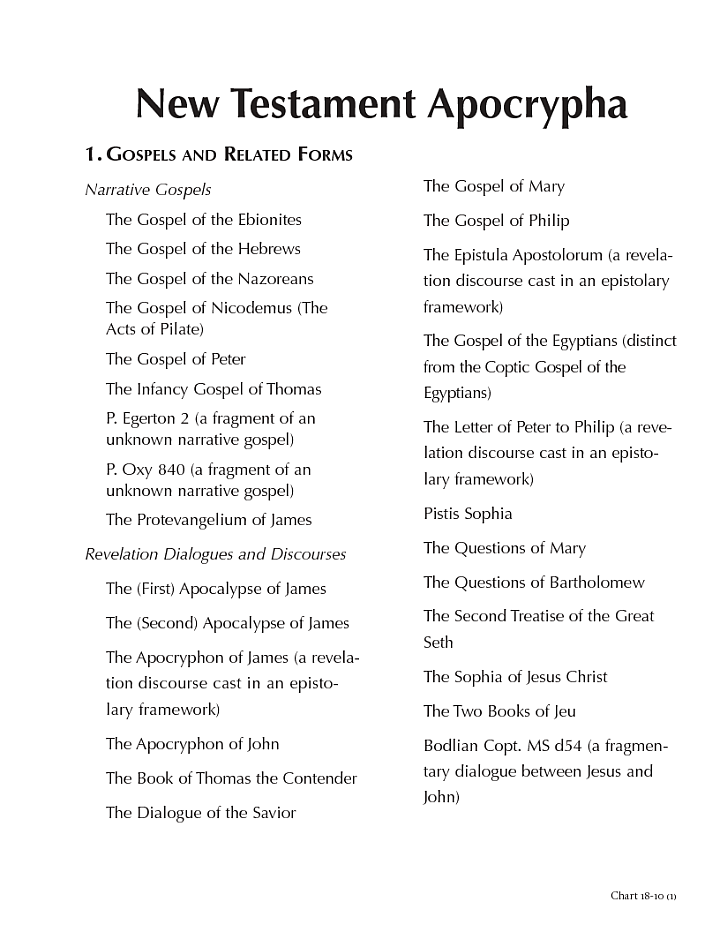 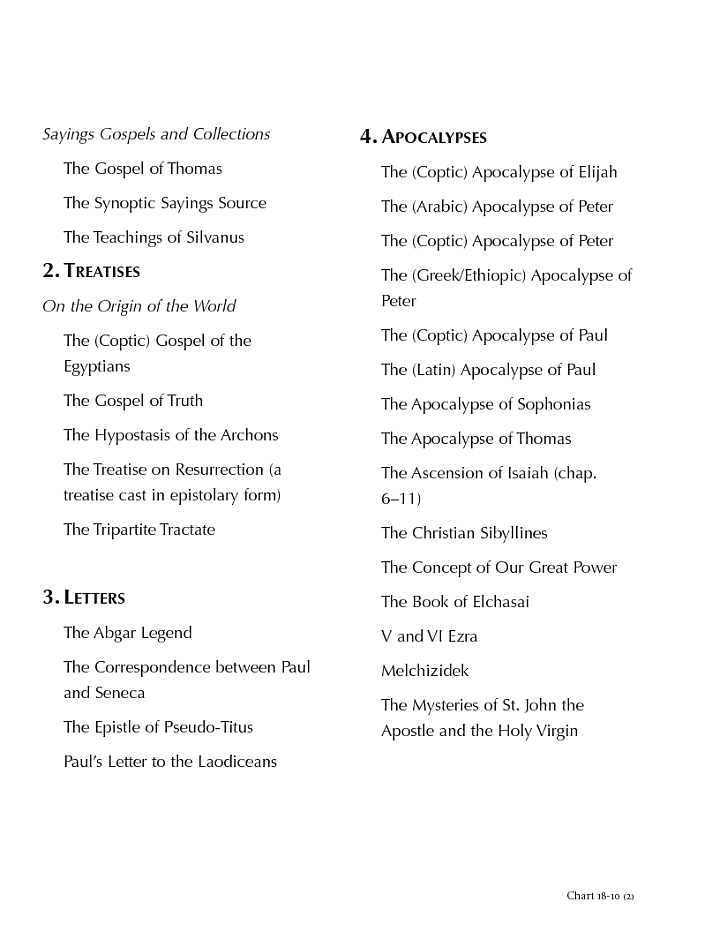 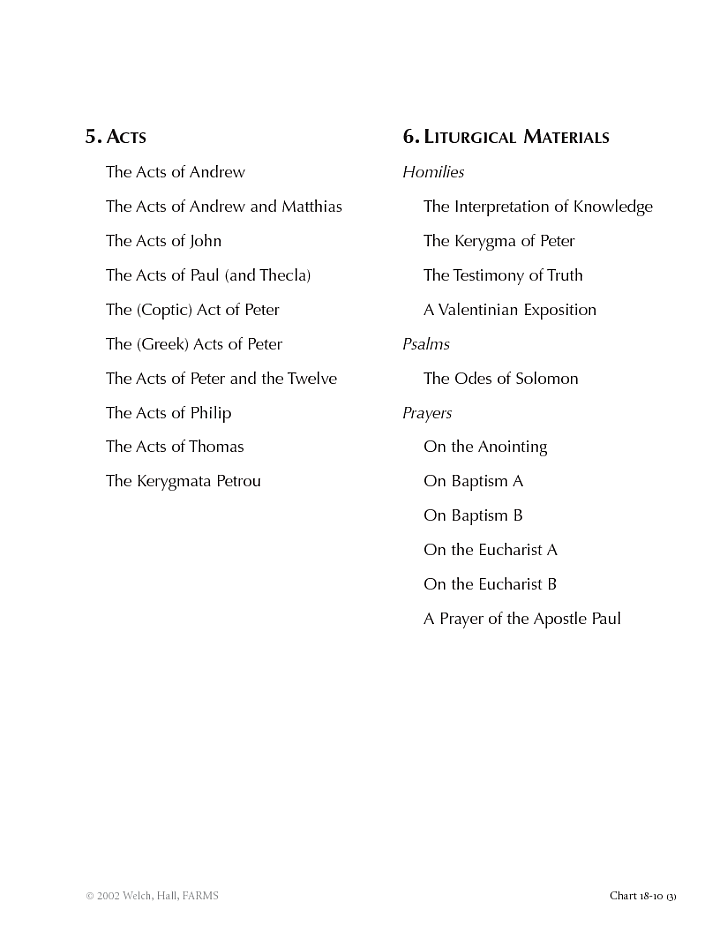 The word apocrypha derives from a Greek word meaning “hidden away.” It was originally used to refer to books kept hidden away since they had not been canonized. Many of these books claim to have been written by the apostles. It is not impossible that some of them derive, at least in part, from actual apostolic writings. Some apocryphal books exist today; others remain lost. Some existing books have been available since ancient times; others have been rediscovered during the past century as a result of archaeological research.

Chart 18-10 groups these apocryphal books in a wide variety of genres including gospels, apocalyptic writings (book of Revelation), treatises, letters, acts, and liturgies. The chart gives the titles of these apocryphal writings, known in whole or by fragmentary remains, or simply mentioned in other writings. These writings are useful in tracing the change and development of various ideas in the early centuries of Christianity. If studied carefully and with enlightenment of the Spirit, New Testament apocryphal writings, like the Old Testament Apocrypha, can be beneficial, although “there are many things contained therein that are not true, which are interpolations by the hands of men” (D&C 91:2).