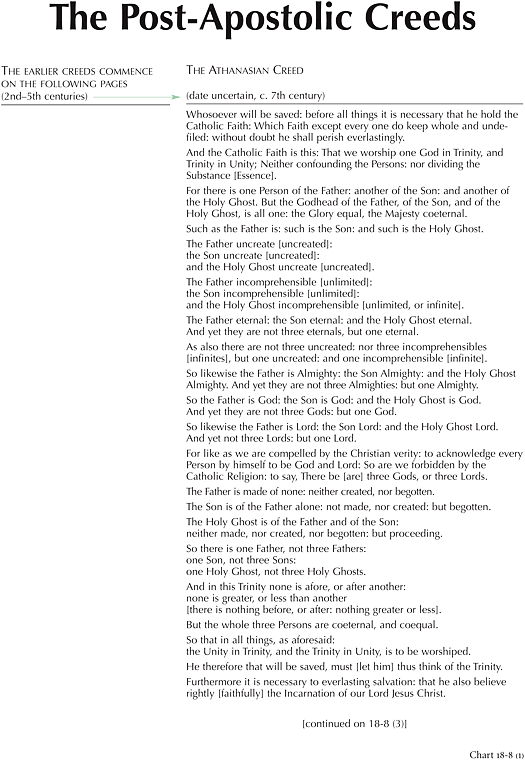 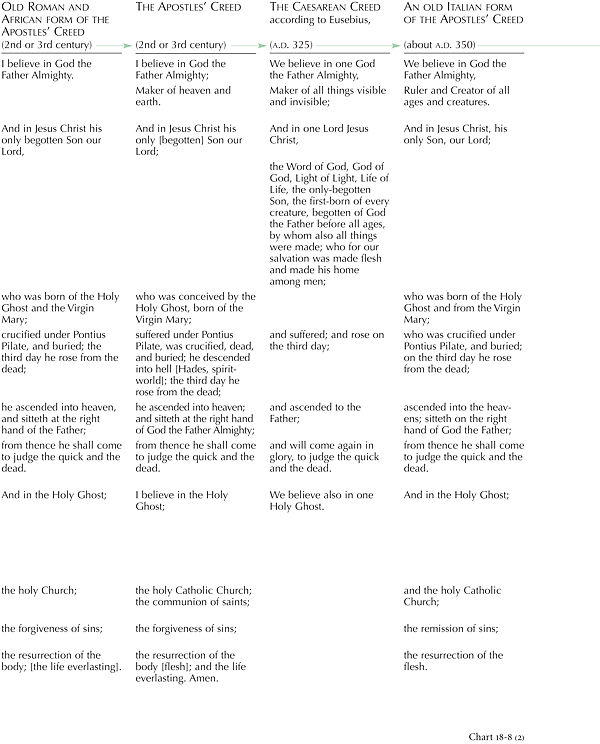 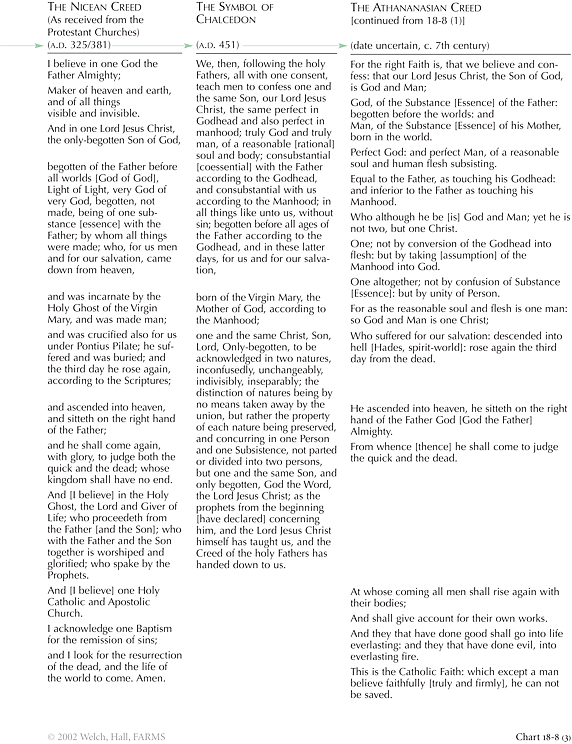 Beginning around the third century, Christians began to espouse and require of each other adherence to particular creeds demonstrating and propagating their belief in Jesus Christ. Such creeds were needed because many people were teaching a wide range of doctrines about Jesus. Some of these heretical groups, indeed, were way off the center mark. The creedal cure, however, went too far in the opposite direction, taking the liberty of the pure and simple spirit that had prevailed in the apostolic era (see chart 18-7) and prescribing extensive definitions and boundaries on the faithful. As chart 18-8 shows, this difficulty became increasingly severe. What began as fairly straightforward, biblically based declarations in the Old Roman, Apostles’, and Caesarean Creeds, became more and more arcane, philosophical, and delimiting as the fourth and fifth centuries played themselves out. This process of accretion, adding phrase on phrase, from creed to creed, is traced on chart 18-8. Most problematic, ornate, and obscure, the so-called Athanasian Creed is of unknown authorship, was never adopted by a church council, and probably dates to the seventh or eighth century.