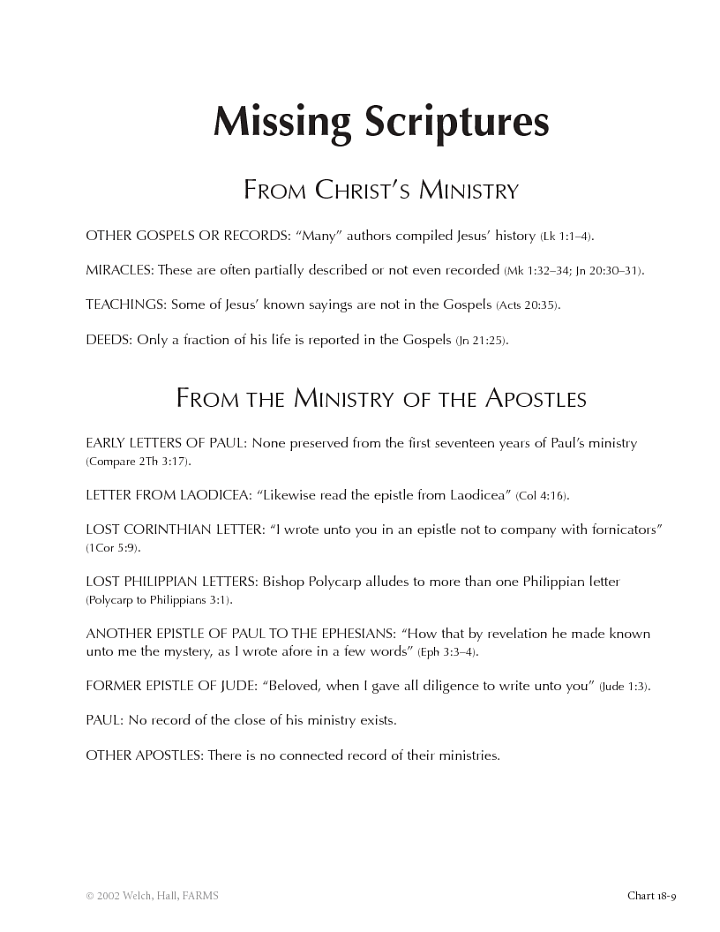 In the New Testament itself, other writings of the apostles are mentioned that have not survived. For example, lost letters of Paul to the Saints in Laodicea, Corinth, Philippi, and Ephesus are alluded to. Another epistle of Jude is also known to have once existed.

Based on Luke’s statement that “many have taken in hand to set forth in order a declaration” of the life of Jesus (Lk 1:1) and other data, scholars have toiled to reconstruct these early records of the words and deeds of Jesus. Scattered among many early Christian writings are words or phrases attributed to Jesus. If these original writings had survived in full, they would have added much to our knowledge of the history of Jesus and his apostles. The restoration of all things looks forward to the time when these lost scriptures will once again be revealed.