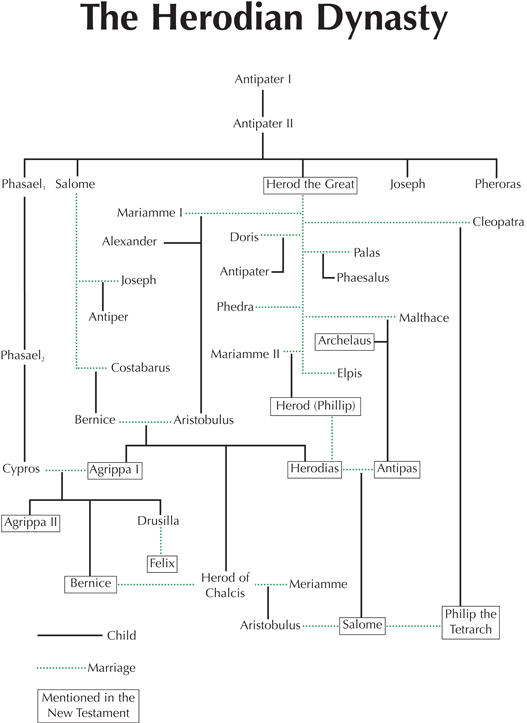 The complicated family tree of Herod the Great, beginning with his grandfather and ending with several people mentioned later in the New Testament, is shown on chart 2-2. Eight of his wives are shown. The family was dysfunctional, tumultuous, and sometimes violent. It was said by some that it was better to be a pig than a son of Herod.

Herod Antipas, a son of Herod the Great, beheaded John the Baptist. Antipas had married a “near relative,” in violation of the Law of Moses. Their daughter Salome danced and demanded the head of John.