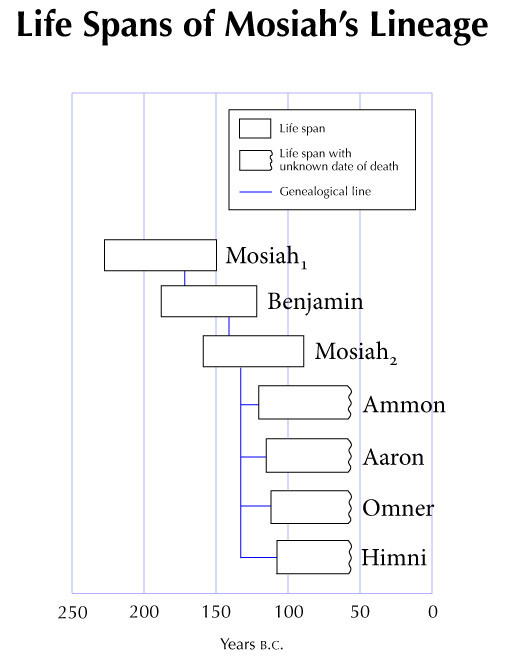 Mosiah and his lineage did much to bring people to Jesus Christ. After being instructed by the Lord to lead the people of Nephi out of the land of Nephi, Mosiah preserved their lives and brought to the people of Zarahemla the brass plates and the Nephite records. He also taught the people of Zarahemla the gospel and the language of the Nephites, and he was made king over both Nephites and Mulekites. His example of righteousness was emulated by his son Benjamin and Benjamin’s son Mosiah. In addition to safeguarding the brass plates and the Nephite records, Benjamin and Mosiah admonished the people to have faith in Christ and to renew their covenants with the Lord. Mosiah’s four sons, while rebellious in their youth, were instrumental in converting thousands of Lamanites to the gospel of Christ.