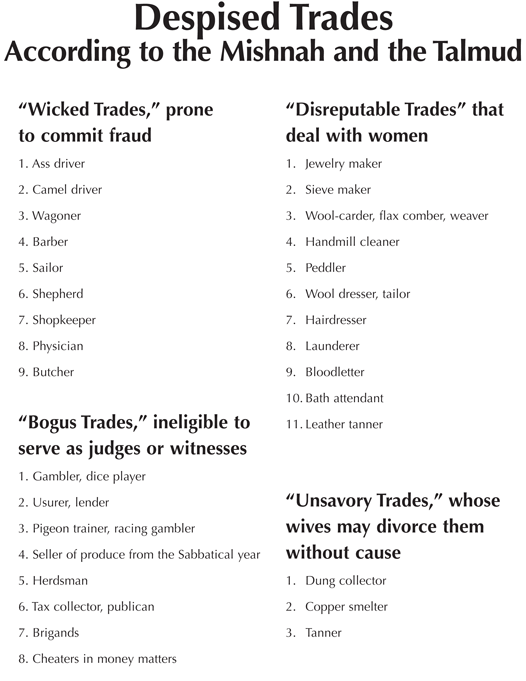 This social picture reminds readers that Jesus was very popular with the Jewish masses, dealing openly with the despised outcasts of his society. Chart 3-10 presents a glimpse into the class structure that pervaded the world of Judea shortly after the New Testament era, especially from the viewpoint of the Pharisees, according to the Mishnah and Talmud. Four Jewish texts list occupations that were despised; they were considered impure, largely because they came in contact with blood or women, or were prone toward fraud or deception. Men in these trades were legally and religiously disadvantaged. Notably on these lists of despised trades, Matthew was a tax collector; Luke was a physician; and Jesus called himself a shepherd, often associated with women, and was accused of being a brigand or robber.

Developed from a table in Joachim Jeremias, Jerusalem in the Time of Jesus (Philadelphia: Fortress, 1969), 304.