3-12 Two Profiles of Robbers in the Ancient World 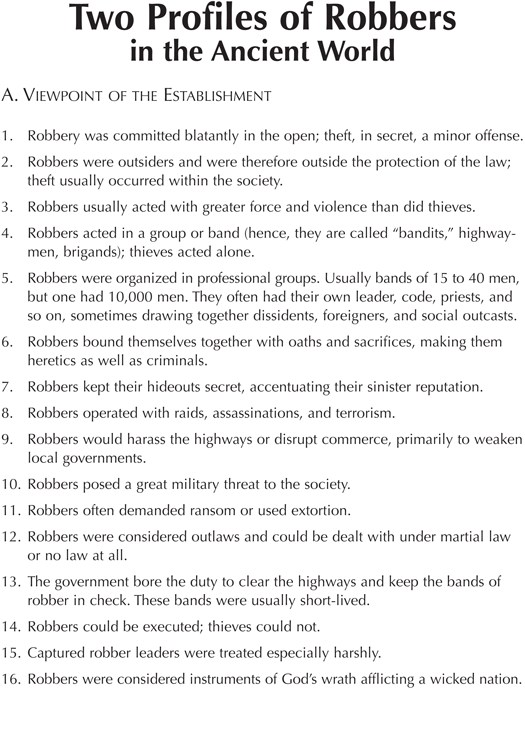 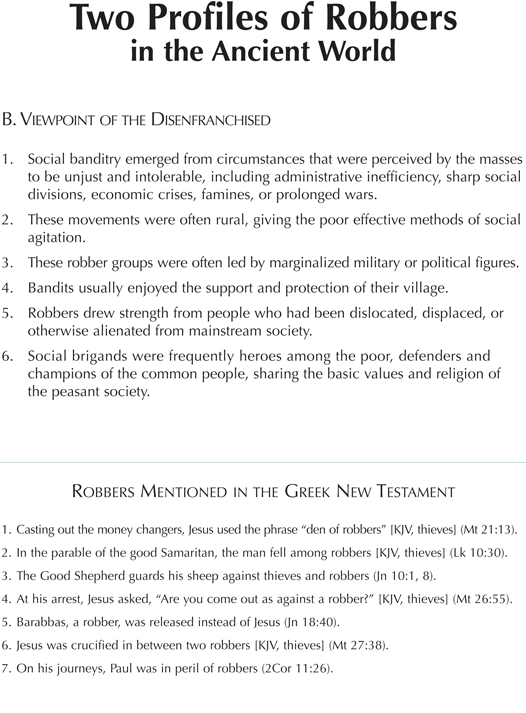 Chart 3-12 gives two profiles of brigands or robbers in the ancient world. Since “robbers” are mentioned seven times in the Greek New Testament (sometimes inaccurately translated as “thieves”), this subgroup on the fringes of the world of the New Testament needs to be understood carefully. From the viewpoint of the dominant government, robbers were vile outlaws; but from the viewpoint of the marginal elements of society, they were heroic Robin Hoods. An understanding of these two profiles explains how Jesus or Barabbas could have been seen as a robber, either favorably or unfavorably, depending on one’s social viewpoint. It also discloses important ways in which Jesus and his followers did not conform completely to either of these two profiles.