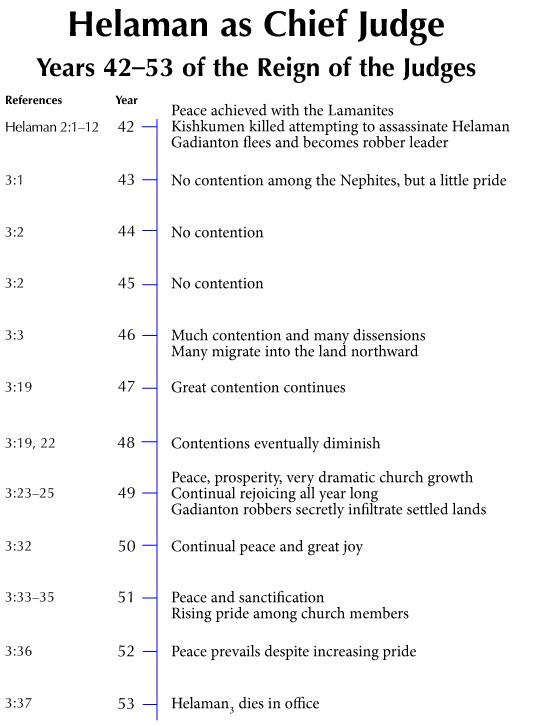 Helaman, the son of the Helaman who led the stripling Ammonite warriors, served as chief judge for twelve years, from the forty-second to the fifty-third years of the reign of the judges (50–39 B.C.). After an assassination attempt against him in his inaugural year, his reign was the most peaceful of any Nephite chief judge. He saw no wars, and nine of his years were marked as times of peace. He was centrally noted for his “justice and equity” (Helaman 3:20). Most significantly, the forty-ninth and fiftieth years of the reign of the judges appear to have been jubilee years. The forty-ninth year would have been the seventh sabbatical year (a reasonable time for great celebration and rejoicing) and the fiftieth year the jubilee itself (a time of continual peace and great joy). The jubilee laws under the law of Moses are found in Leviticus 25–26. The forty-ninth and fiftieth years are mentioned in Leviticus 25:8–10.