4-4 Roman Government Officials of the Empire 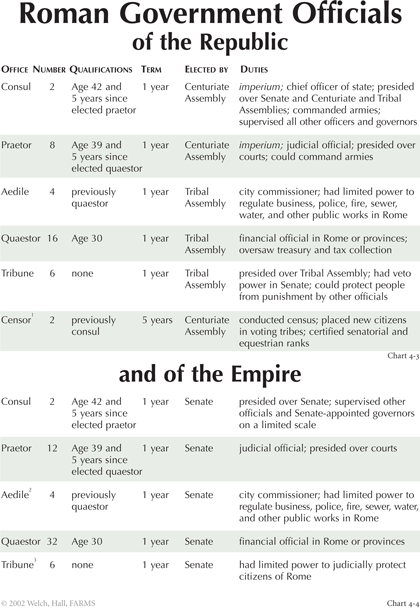 Though magistrates were elected by various citizen assemblies, most of these individuals were members of the Senate, a body of elected or hereditarily appointed officials who served for life. In tandem with the Senate, the Republic’s magistrates expanded a city-state to an empire that spanned the known world.

As the instruments and machinery of the Republic became archaic and inadequate for the administration of the far-flung empire, changes were effected that ultimately produced the new governmental structures of the empire. The old magisterial offices were preserved but with different functions and modes of selection. Chart 4-4 represents the role of government officials under the empire during New Testament times.