4-6 Rights and Privileges of Citizenship 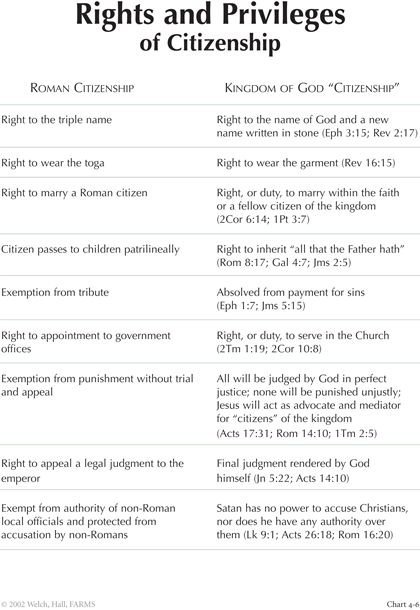 Paul spoke of his converts as being “no more strangers and foreigners, but fellow citizens with the Saints” (Eph 2:19). No status was more powerful in Paul’s day than that of Roman citizenship. Chart 4-6 lists nine rights and privileges enjoyed by Roman citizens. Within the kingdom of God, parallel rights and privileges were enjoyed by members of the Church. While this arrangement would bolster the esteem and confidence of Christians, it might have been unsettling to people in the Roman Empire who questioned Christian loyalty to Rome.