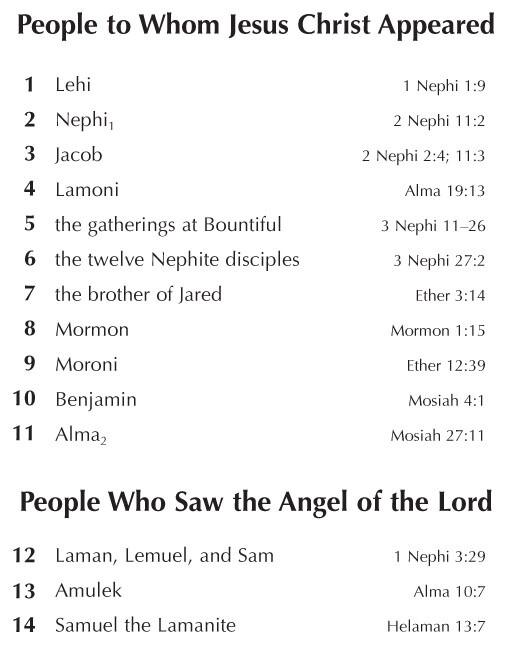 We know for certain that Jesus Christ appeared personally to prophets such as Lehi, Nephi, Jacob, Mormon, and Moroni and to the people gathered at Bountiful after his resurrection. These personal visitations are listed in the first part of this chart. But Christ probably appeared to additional prophets as well. The second part of this chart lists those who recorded having seen “an angel of the Lord” (Amulek and Samuel) or “the angel of the Lord” (Benjamin and Alma the Younger). Because it is difficult to distinguish between “the angel of the Lord” and Jehovah in Genesis 16:7–11, Exodus 3:2, and Judges 2:1–4, Nephites who recorded seeing “the angel of the Lord” might have been indirectly writing about the Lord himself. It is therefore possible that prophets such as Alma also saw the Savior and conversed with him (see Mosiah 27:25, “And the Lord said unto me”).