49 – Destructions at the Death of Christ 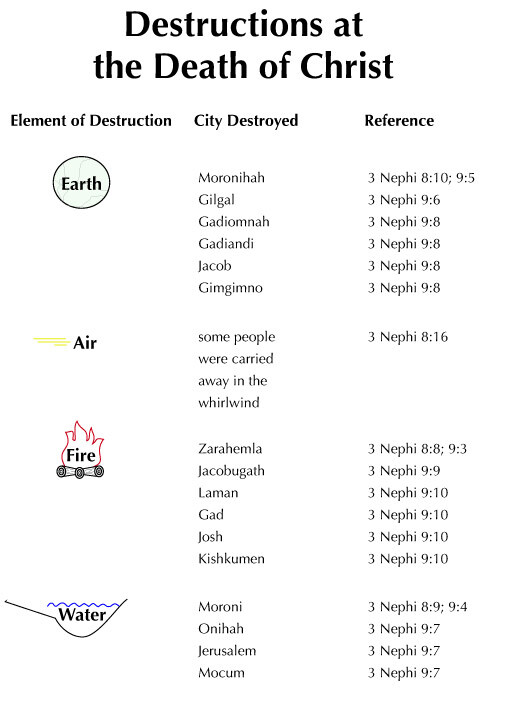 Many wicked cities in the Americas were obliterated during the three-day period of destruction following the death of Jesus Christ. This chart lists the cities that were destroyed and the various elements that destroyed them. The mediums of destruction correspond well with what were known anciently as the four elements of the world—earth, air, fire, and water—showing that the entire cosmos, as the ancients typically understood it, was disrupted and beset the wicked as a result of the Savior’s death.