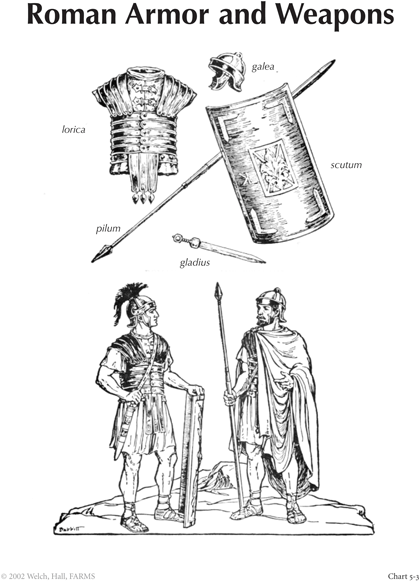 The common Roman soldier was well equipped with armor of leather manufacture, edged or tipped with iron. His primary defensive weapon was a large rectangular shield, called a scutum, which protected much of his body. Major offensive weapons were the pilum, a short javelin hurled at the enemy from approximately twenty paces and the much feared gladius, a short sword designed for stabbing, used at close range with deadly effect. Compare Ephesians 6:13-17.