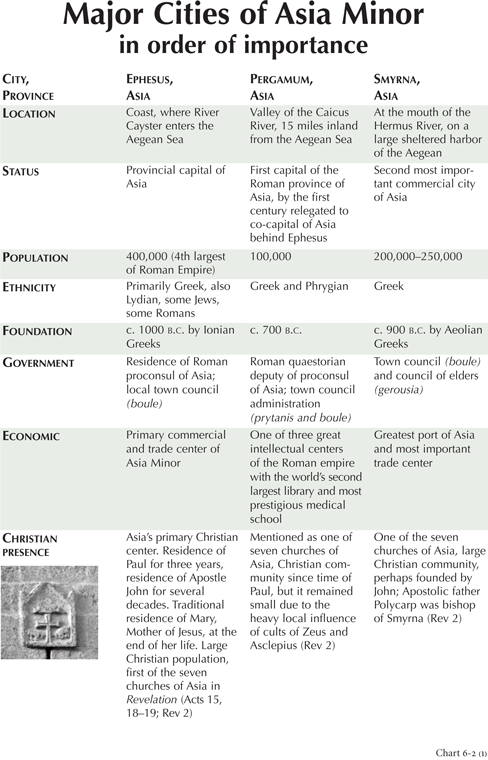 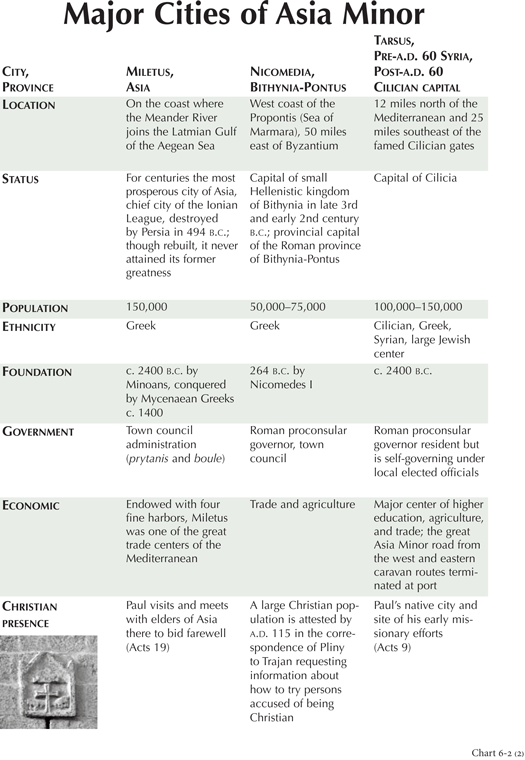 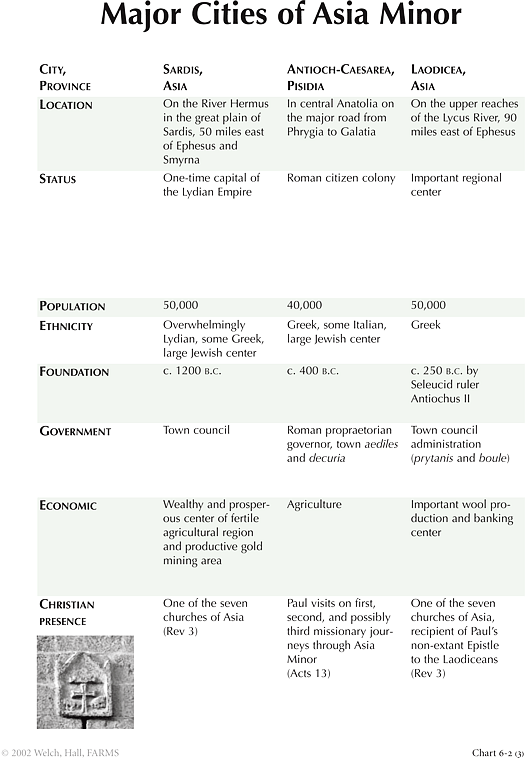 The most prosperous of Rome’s provinces was Asia, encompassing what is now the western half of modern-day Turkey. Populated by Greeks and the original people of the eastern Aegean region, Asia boasted rich and powerful cities like Pergamum and Smyrna. Most important was Ephesus, the fourth largest city of the empire. Jewish synagogues and many ethnic groups were found amidst these diverse cosmopolitan urban centers. In all these cities there were soon to be found significant Christian populations. The important role of Antioch is made clear in Acts, but Ephesus and the cities of Asia Minor possessed the largest numbers of Christian inhabitants. Indeed, after the first decades of Christianity and for centuries to follow, Asia Minor was the most important Christian area.