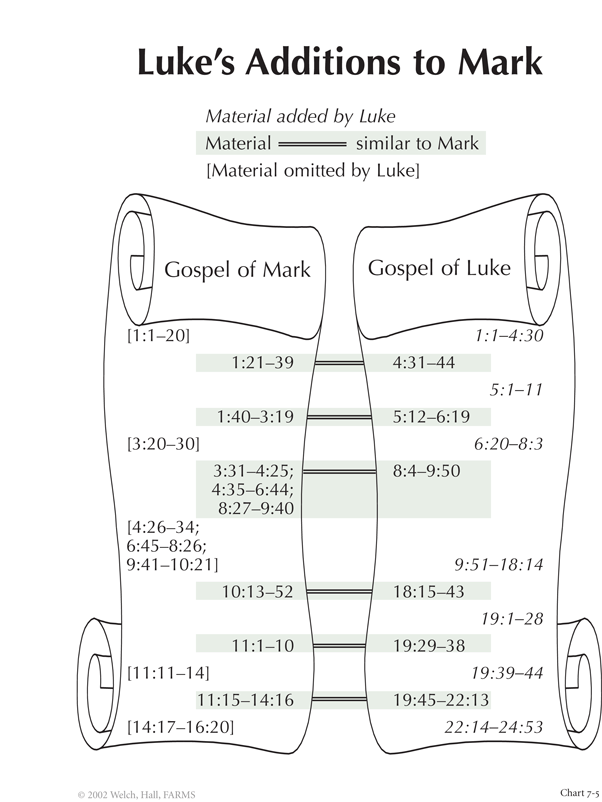 It is important to consider the interdependence of the four Gospels. These writers probably knew each other personally. Matthew and John were with Jesus from the early days of his ministry; Luke and Mark were with Paul in the area where John came to live in Ephesus. Thus, it is unlikely that borrowings and similarities between the four Gospels occurred in some kind of compositional isolation on a purely abstract, literary level. They undoubtedly shared several common personal experiences, treasured source materials, and maybe even working conversations. One thing, for example, is quite clear, namely that Luke began with the Gospel of Mark, added seven major blocks of text to it, and omitted a few sections, as chart 7-5 shows.

Joachim Jeremias, New Testament Theology, Part One: The Proclamation of Jesus (New York: Scribner, 1971), 40-41.
Joseph A. Fitzmyer, The Gospel According to Luke: A New Translation with Introduction and Commentary (Garden City, N.Y.: Doubleday, 1981), 67-69.