8-16 Names and Titles of Christ 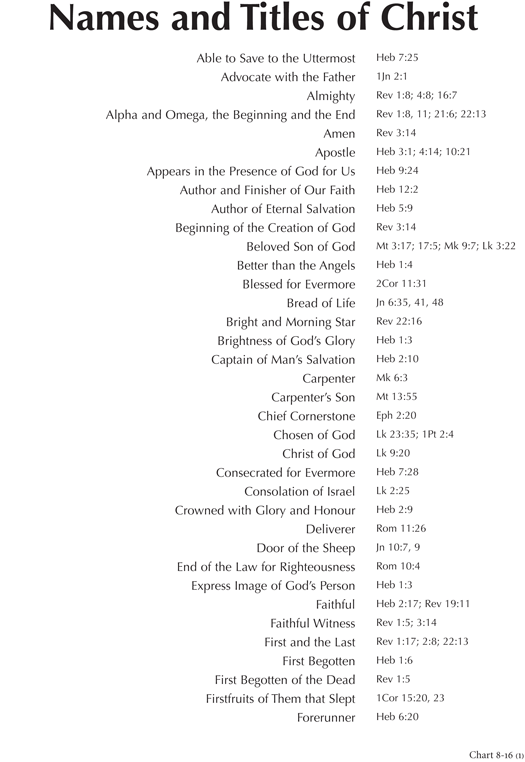 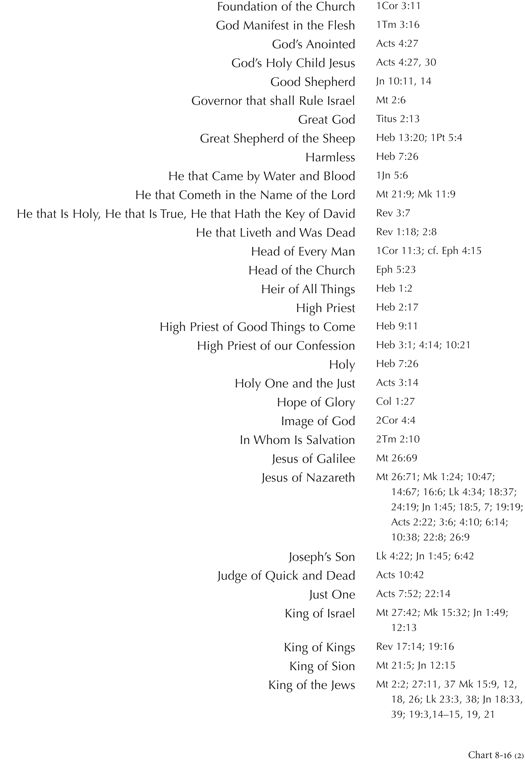 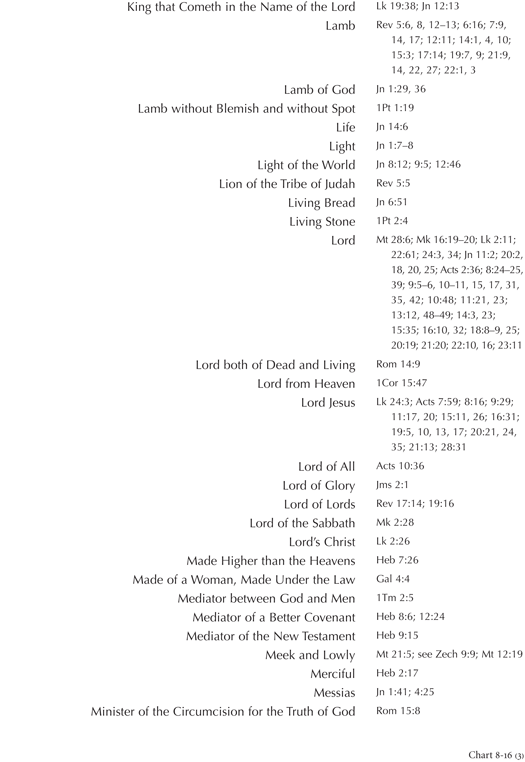 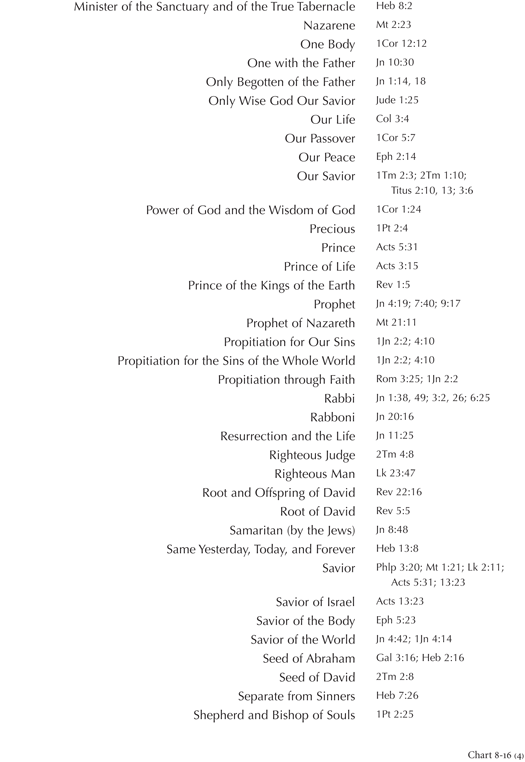 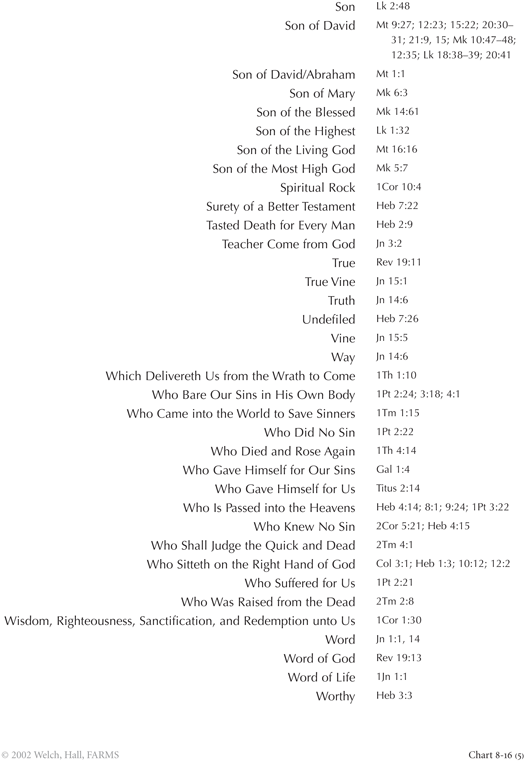 Jesus Christ, God’s Son, Savior, is known by many names and titles within the writings of the New Testament. Chart 8-16 lists alphabetically over 150 such proper names or descriptive expressions. Much can be learned and gleaned by pondering each of these terms. They all reveal different facets of Jesus, his love, his roles, his functions, his being. No sweeter sound is known than his blessed name, and no other name given is under heaven through which one may successfully approach God and enter back into his presence. The name of Jesus Christ is itself manifold. It invites his followers into an eternal sphere of abundance and effulgence.

The copiousness of names and titles used for Jesus, from the very earliest days of Christianity, is itself a remarkable testimony of the unsurpassed explosion of spiritual knowledge that burst onto the scene in Galilee and Judea with the advent of the Savior as the Word became flesh and dwelt on this earth. Great religions typically do not evolve slowly, as Darwin might suggest, from single cells to complex organisms. True revelations shatter old, narrow, erroneous perceptions with a sudden blast that sends out refractions glistening off of its clear and brilliant fulness. The many names and titles by which Jesus immediately came to be known is a strong symptom of precisely such an expansive phenomenon.