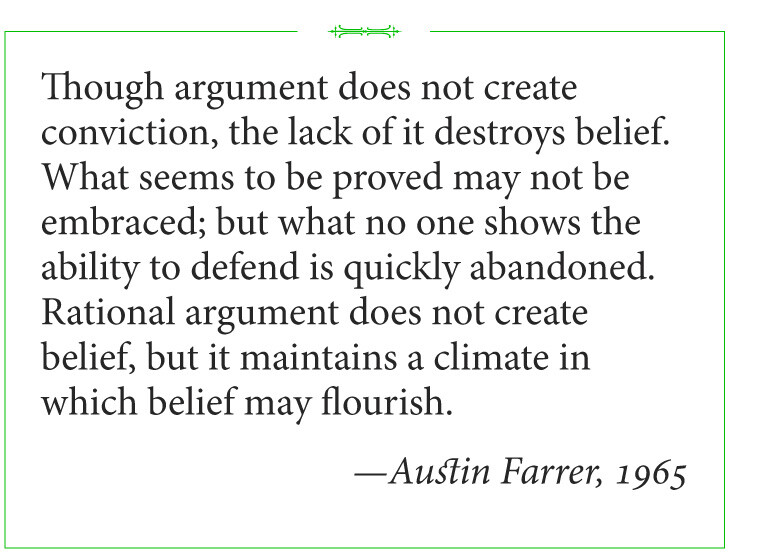 Elder Neal A. Maxwell once quoted philosopher Austin Farrer, who stated that although rational argument—that is, reasoning based on careful study of relevant evidence—does not necessarily create belief, it fosters an atmosphere conducive to it. Research in scientific, archaeological, and linguistic fields often elucidates ancient texts, the Book of Mormon included. Scholars who argue in favor of the ancient origins and character of the Book of Mormon maintain a climate in which people may take that book seriously as a historical record, helping them to embrace and receive it.