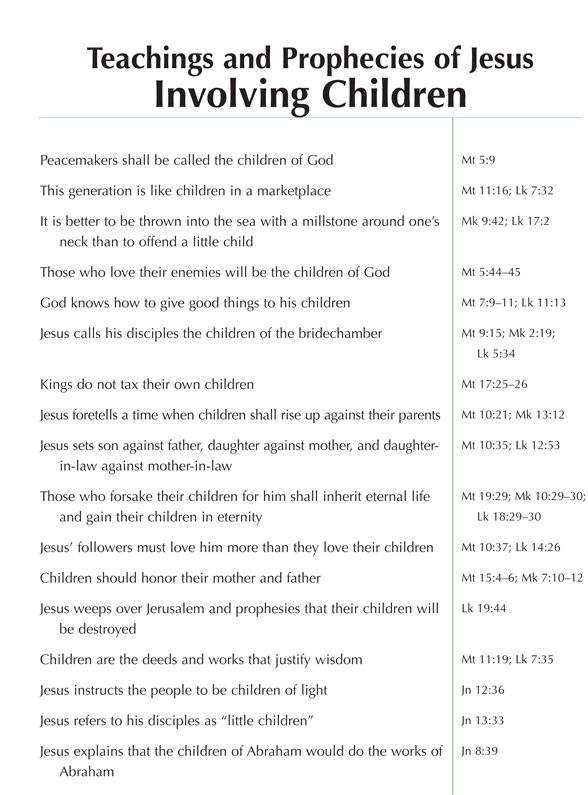 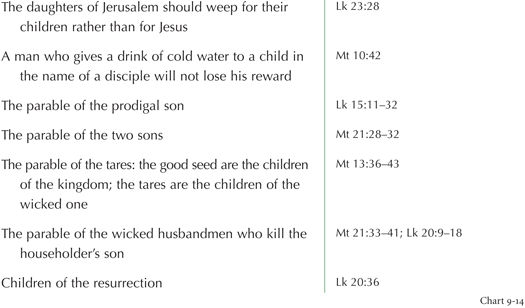 During his ministry Jesus interacted often with women and children, and in his teachings he often addressed them. Charts 9-12 and 9-13 show twenty-eight instances and many statements reflecting his concerns for women, widows, mothers, mothers-in-law, and friends who were dear to him. Charts 9-14 and 9-15 demonstrate eight episodes and many expressions of his love for and interest in the children of world who model humility and goodness. Modern readers should not overlook these unusually sensitive manifestations of the Savior’s love.