9-3 Sermon on the Mount Overview 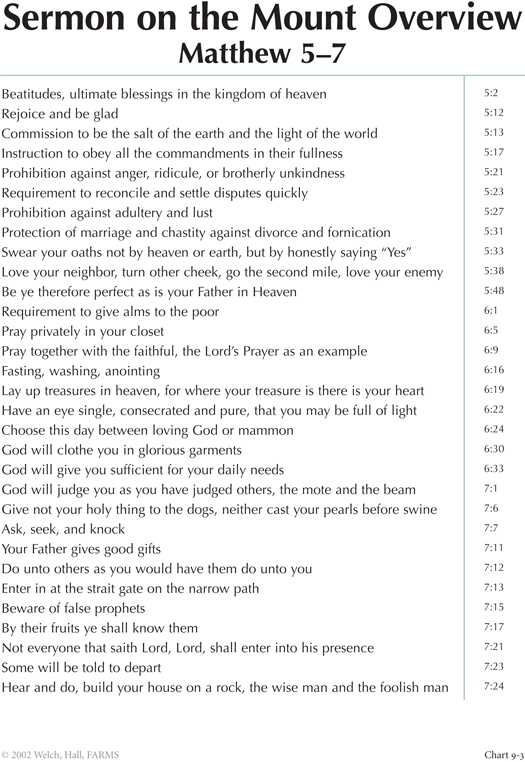 Chart 9-3 offers an overview of the Sermon on the Mount. Many people have wondered whether the Sermon is a single coherent text or whether it is, instead, a scrapbook of miscellaneous sayings without any particular structure or organizing principle. Recent scholarship, however, has begun to see the Sermon as a baptismal catechism or an instructional text teaching baptized Christians their advanced duties as members of the kingdom of God. While the Sermon on the Mount certainly contains many ethical and social teachings, it also goes far beyond the regular scope of an ordinary moral discourse.