9-7 The Wheat and the Tares 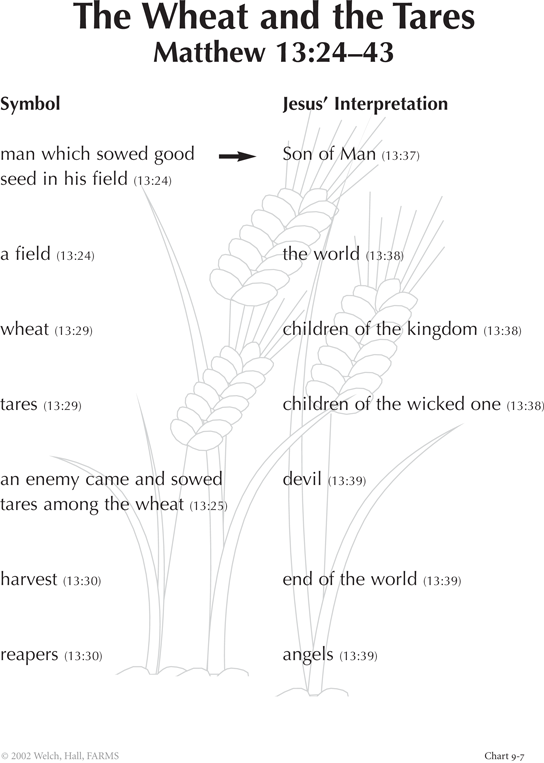 Jesus was a masterful teacher who often used parables to convey different levels of meaning to audiences with different levels of faith or understanding. See chart 7-7 for a full list of the parables. On two occasions reported in the Gospel of Matthew, Jesus took his disciples aside and told them the deeper meaning of his parables, for those who had eyes to see and ears to hear. Chart 9-6 illustrates the explanation he gave of the parable of the sower, and chart 9-7 shows the meaning of the parable of the wheat and the tares, both found in Matthew 13. The Prophet Joseph Smith affirmed that Jesus actually explained the symbolic meaning behind each of his parables: “The parables were all plainly elucidated” by Jesus to his disciples. Chart 9-8 displays the explanations given by Joseph Smith of the meanings behind the other parables in Matthew 13.