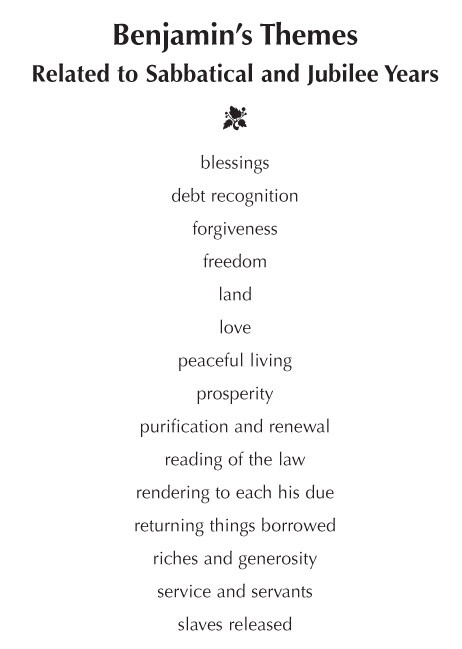 In addition to scheduling his speech during the season of the fall festival complex, King Benjamin may have also timed it to be given at the end of a sabbatical year, which came once every seven years. During this year, the land was not to be tilled, the yield was given to the poor, and debtors and slaves (or servants) were released from their obligations. Similarly, at the end of his speech Benjamin commands his people to “till the land,” which would make sense if the people had not been working in the fields during the sabbatical year and were preparing to resume agricultural activity. Benjamin also tells the people to settle their debts with their neighbors. These parallels are quite striking. But this is not all. Textual evidence indicates that this may also have been a jubilee year, which occurred every seventh sabbatical year and offered a new economic beginning for the poor in the land and spiritual renewal for all. Parts of the jubilee text, found in Leviticus 25, and parts of Mosiah 2 and 4 essentially mirror each other. Topics such as settling debts, succoring the poor, depending on God, and prospering in the land, listed on this chart, are all present in both texts. Benjamin’s speech was one of monumental importance to the Nephites who still lived under the law of Moses. No wonder Mormon chose to include this speech in its entirety.