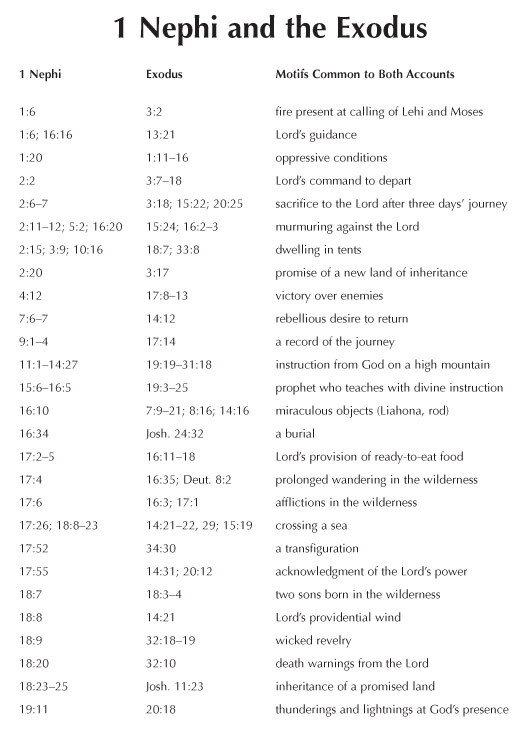 Lehi’s group saw themselves as reenacting the exodus of the Israelites from Egypt. Just as God had called Moses and Joshua to lead the children of Israel out of oppressive conditions, across a sea and the river Jordan, and into the promised land, so he called Lehi to lead his group out of Jerusalem, across the ocean, and to a new land of promise. Nephi thought of Moses when he exhorted his brothers to be “strong like unto Moses,” who had delivered his people out of captivity (1 Nephi 4:2). As a typology, that first exodus, mainly in the Old Testament book of Exodus, became a pattern whose motifs may be found throughout Nephi’s story of this second exodus. By extension, many of these themes can also be found in accounts of other Book of Mormon groups who were likewise delivered from captivity and fled into the wilderness. It is a pattern that still holds today in the personal conversion of individuals who flee evil and seek the Lord.