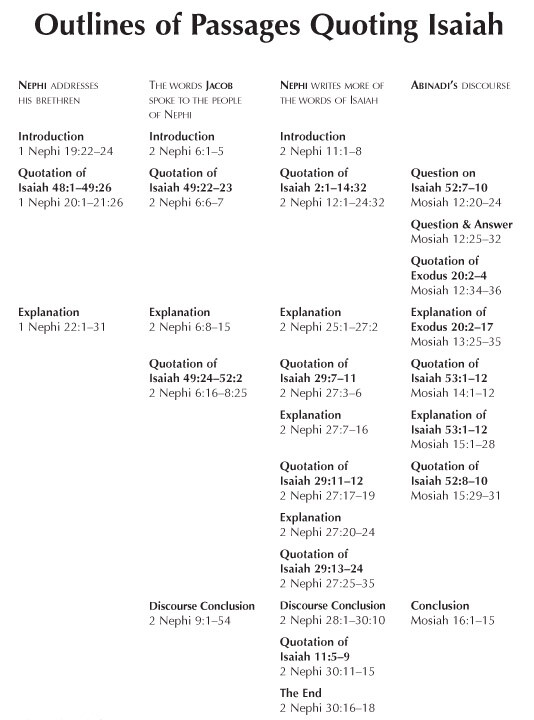 When Nephite prophets quoted Isaiah, they used a quoting formula of sorts, usually consisting of an introduction, a quotation, an explanation of the quotation, and a conclusion. This chart outlines the structures of four major scriptural passages in which Book of Mormon prophets quote Isaiah at length. Though each passage varies slightly from the four-part quoting formula, the pattern is definite, helping readers to follow the thoughts of Isaiah and to make good use of the explanations provided by Nephi, Jacob, and Abinadi.