Books that have been recently published by BYU Studies. 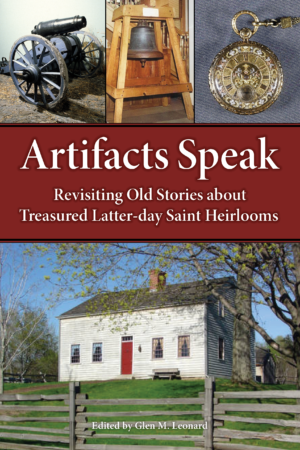 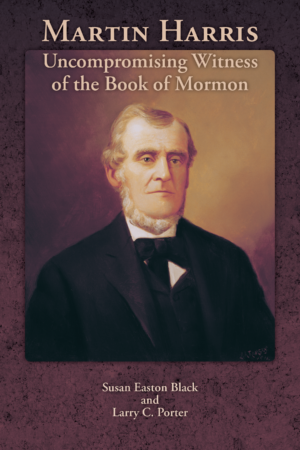 Martin Harris: Uncompromising Witness of the Book of Mormon

Martin Harris: Uncompromising Witness of the Book of Mormon reveals the compelling story of a man who had seen angels and knew Joseph Smith was a prophet but who nevertheless struggled to keep his faith in the prophetic calling of Joseph Smith and the restoration of the gospel of Jesus Christ. His is a story of fascination with worldly honors, flirtations with apostasy, and pride that nearly cost him the joy of his later years in the West. It is the biography of a witness who clung tenaciously to his testimony of the Book of Mormon.

Well-known historians Susan Black and Larry Porter have written a landmark biography of Martin Harris, one of the most important figures in early Church history. Joseph Smith relied on his generosity and goodwill to publish the Book of Mormon, of which he was one of the Three Witnesses. But Latter-day Saints in the twenty-first century know relatively little about him, especially the decades he spent away from the Restoration—until now. This biography deserves a place on the bookshelves of historians and other interested Church members. Strongly recommend.

This deeply researched book examines the life of one of Joseph Smith’s closest associates in the Church’s early years. It tells us more about signifi­cant episodes, such as the printing of the Book of Mormon, than anyone has ever known. Most important, it helps us reassess the character of Martin Harris, a key contributor to the Restoration. Harris emerges as a man of substance and judgment, a fitting witness to the angel and the plates. The book explains how he fell away and then returned but at no time backed away from his testimony.

As one of the earliest believers in Joseph Smith’s spiritual claims, Martin Harris figured prominently in the early events of the Restoration. He observed firsthand many of the sacred scenes associated with the coming forth of the Book of Mormon, assisted in its translation, was one of the book’s Three Witnesses, financed its publication, and was one of the first converts baptized into the Church of Christ. Authors Susan Easton Black and Larry C. Porter have produced an insightful, informative, well-­documented biography of Martin Harris’s lifelong religious sojourn—a life characterized by integrity, faith, and generosity, but most of all, testimony. This is solid, down-to-earth biographical history at its best. 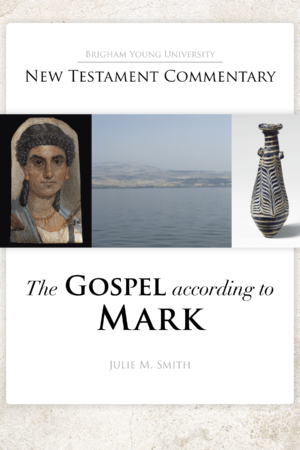 New Testament Commentary: The Gospel according to Mark

The Gospel of Mark is an undiscovered gem, hiding in plain sight. Mark’s story—at least from the vantage point of a twenty-first-century audience—is virtually unknown. Following broader trends in Christian history, Latter-day Saints have focused on the other Gospels. Mark’s Gospel gets very little attention and, when it does, it is usually read through the lenses of the other Gospels, with the result that Mark’s distinctive voice is muted. But the Jesus presented in Mark’s Gospel is worthy of study: He is a man of action and few words. He is witty, warm, and wise. He’s also the Son of God. He has power which leaves people in awe, and he uses that power to help the people most people don’t like. He hugs little kids. He listens to and learns from women. He banishes demons and reminds parents to feed their children. He doesn't know everything, but he does know how to end chaos. His disciples usually misunderstand him, but he teaches them continually and patiently. This Jesus is betrayed and abandoned and alone and humiliated, but he still chooses God’s will over his own—even though he didn’t want to. Mark tells an amazing story. The overriding goal of this commentary is to recover Mark’s unique voice. Special attention is given to five areas: The result is a commentary that answers the question, “What would Mark’s story of Jesus have meant to its first audiences?” in a way that informs and inspires Mark’s readers twenty centuries later.

No other biblical commentary directed specifically to members of The Church of Jesus Christ of Latter-day Saints eclipses the quality of Julie Smith’s accomplishment with the Gospel of Mark. It is informed, gracefully composed, accessible, and, most importantly, trustworthy. It opens a range of possible interpretations of key and challenging passages but is not guilty of imposing extraneous meaning on the text. The volume’s preoccupation—“What would this story have meant to Mark’s earliest audiences?”—is judiciously chosen and frees Smith from distractions and diverse thickets. A superb example of what light may emerge from scripture in the company of a competent, faithful, and honest guide.

Julie Smith’s new commentary on the Gospel of Mark represents an important addition to Latter-day Saint scholarship on the New Testament. Mark is a book that has been somewhat neglected by Latter-day Saints, and Smith’s commentary goes a long way towards correcting that neglect. With its numerous explanatory notes, this commentary takes the Gospel of Mark seriously, both as scripture and as a witness of the mission of Jesus. Where this commentary is especially welcome is in Smith’s thoughtful and thought-provoking treatment of women’s issues in the Gospel and in the scriptures generally.

Among Latter-day Saints, the Gospel of Mark has often been overshadowed by the other Gospels. This volume aims to restore Mark’s distinct voice so that latter-day audiences can better understand and appreciate his unique testimony of Jesus Christ. By focusing on issues of translation, cultural knowledge, biblical allusions, literary interpretation, and the significance of women’s stories and concerns, this volume impressively narrows the gap between the expectations of modern readers and Mark’s ancient, yet vibrant, testimony of Jesus. 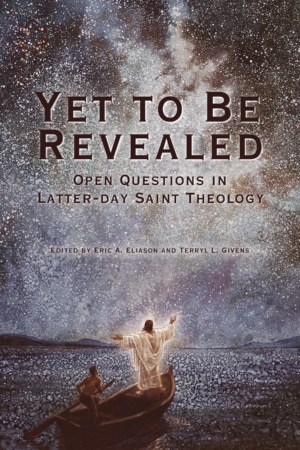 Yet to Be Revealed: Open Questions in Latter-day Saint Theology

An important part of discipleship is knowing what questions to ask—and which ones have not yet been adequately answered. From the beginning to recent times, prophets have reminded the Saints that the Restoration is ongoing, not an event. Our purpose in assembling this collection of essays is simple: we wish to celebrate the miracle of continuing revelation, and the promise of more to come, that God will “yet reveal many great and important things.” This means that the essays selected for inclusion represent only a few of the hundreds of possible subjects. Ours is an effort to clarify some of the hazy borders of orthodoxy and to honor the dynamism, the richness, and the possibilities of a Restoration still very much in process of unfolding. Joseph Smith taught, “By proving contraries truth is manifest.” A fuller understanding of truth can come by keeping multiple perspectives in mind and letting them work themselves out in patience and God’s own time, like fruitful leaven.   Topics include:

“We as Latter-day Saints have too often felt sure about things the prophets haven’t actually decided, and about things God seems to have left open for us to reflect on humbly. This breathtakingly honest collection of essays does excellent work to make clear just how much we in fact don’t know. That there’s so much to learn is wonderful news, however. We’ll have to bring all of our minds, and not just all of our hearts, to the task of being earnest disciples.”

“This much-needed engagement with . . . interesting theological questions is long overdue.”