Elder Neal A. Maxwell gave this address at BYU on September 27, 1991, to a group of scholars. He encourages them to use their best scholarship while also building and protecting the kingdom of God.

One of the striking dimensions of the restored gospel is the democracy of demands. Yet, it seeks to build an aristocracy of saints. Certain standards and requirements are laid upon all disciples. The member who is an automobile mechanic does not likely have all the skills of a scholar, and not likely you his. But both of you are under the same spiritual obligations to keep the same commandments and the same covenants. Furthermore, the mechanic is under the same obligation to develop the attributes of patience and meekness as are you.

Frankly, the world holds to no such democratic view. If one is a superb scholar in a narrow discipline, such is considered enough. One so gifted can then be as bohemian in behavior as one likes. But it is not so in the Kingdom, is it?

Whatever our particular fields of scholarship, the real test is individual discipleship, not scholarship. But how good it is when these two can company together, blending meekness with brightness and articulateness with righteousness. Such outcomes only occur, however, when there is commitment bordering on consecration. Therefore, a word about consecration is appropriate.

You will recall the episode in the fifth chapter of the book of Acts about how Ananias and Sapphira “kept back part” of the monetary proceeds from their possessions (Acts 5:3). We usually tend to think of consecration in terms of property and money. Indeed, such was clearly involved in the foregoing episode. But there are so many ways of keeping back part and so many things we can withhold a portion of besides property. All things really ought to be put on the altar.

This holding back may occur even after one’s having given a great deal, as likely had Ananias and Sapphira. Having done much, we may mistakenly think that surely it is all right to hold back a remaining part. Obviously, there can be no total submissiveness when this occurs. 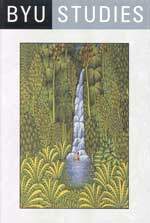