Orson Scott Card might well be the most versatile, and one of the most Mormon, fiction authors writing today—a true “storyteller in Zion,” as suggested by the title of one collection of his essays. Though primarily known as an author of science fiction and fantasy, Card has also written historical, slice-of-life, literary, and horror fiction for print, stage, and screen, as well as a wealth of essays, reviews, and social commentary. He has been recognized for his excellence by such diverse organizations as the Science Fiction and Fantasy Writers of America (SFWA) and the Association for Mormon Letters (AML).

Yet of the hundreds of titles he has published, his most popular work by far is the science fiction novel Ender’s Game. Originally published in 1977 as a novelette in Analog magazine (his first professional SF publication), Card later expanded that core story to novel length and published it in 1985 to significant popular and critical acclaim, where it won both the Hugo (fan-voted) and Nebula (author-voted) Awards for best science fiction novel of the year.

Rumors began almost immediately about a possible screen adaptation. Card’s formal education was in drama at Brigham Young University, so the idea that Ender’s tale would eventually be made into a movie seemed self-evident. Card is also famously hands-on, so it was clear that such an adaptation could only be made with his direct participation in the process. For much of thirty years, fans eagerly anticipated a film while hearing stories of screenplays, animations, and numerous false starts. The film was finally released to theaters in 2013 and made available on digital media (Blu-Ray, DVD, digital HD files) in 2014.

It is difficult to consider any work by Orson Scott Card without also considering his self-announced role as a storyteller in Zion who has taken it as a duty to tell stories both of Zion and to Zion.

Card says that he does not intentionally infuse his general market fiction with Mormon thematic elements. At the same time, he has never made a secret of his Mormonism, and he has been an active proponent of Mormon storytelling throughout his career. Just as importantly, he has led by example in illustrating a wide variety of ways that Mormon authors can express and celebrate their essential Mormon ideas and identities in both overt and indirect ways.

He has offered direct Mormon historical tales such as Saints/Woman of Destiny. He has used Mormon history as allegory to create fantastic worlds in the “Tales of Alvin Maker” series. He has used plot structures and themes from the Book of Mormon as a framework for his “Homecoming” science fiction series. He has extrapolated a future, postapocalyptic Mormon culture as setting (rather than theme) for a series of short stories collected in Folk of the Fringe.

Card’s work on various pageants, particularly the Hill Cumorah Pageant, vivifies specifically Mormon insider stories told for generally Mormon audiences. He has regularly used explicitly Mormon characters dealing with events that impact—and are impacted by—that identity in both short stories such as “America” and in novels such as Lost Boys. Orson Scott Card has been so evidently Mormon in so many different ways that one cannot help but look for some degree of thematic—if unconscious—Mormonism even in an obviously broad-market, genre title like Ender’s Game. And for me there were some strong Mormon resonances.

First and most obvious is Ender as a Christ image. He is born under exceptional circumstances and comes early to a knowledge of his potential. He is separated from family and finds himself educating his supposed instructors in their own temple. He gathers close and loyal disciples in defiance of both community and leadership. He is crushed by the weight of his responsibility, yet he goes forward on his own terms. He becomes the agent to save all mankind from death—certainly not a uniquely Mormon concept, yet still very resonant for me as a Mormon.

Another resonance is found in a broad inversion of Laban and Nephi’s band of men in relation to Ender and the battle school. Rather than one old man being sacrificed by a party of young men to preserve a nation, a council of old men choose a young man as sacrifice to preserve a people (also in keeping with the Christ image). And again: a young man sacrifices an entire nation (save one) to preserve his own. Inversions to be sure—not to mention a bit of conceptual stretching—but I found a specific resonance there.

Likewise, there is a moment toward the end of the film where Mazer Rackham explains that the Maori tattoos covering his face and neck serve as a reminder of his fathers and enable him to speak for the dead. This directly resonates with the idea of the hearts of the children (Mazer, Ender) being turned to their fathers, and the hearts of the fathers (Mazer, Graff) being turned to their children for salvation.

Card is adamant that such things are not done intentionally, and I believe him. But for me as a Mormon viewer approaching a story told by a publicly Mormon storyteller, I have to wonder if the tales we tell—whether to ourselves or to others—cannot help but be infused with the stories, ideas, and themes that resonate with us at our deepest and most personal levels. It appears that noted scholar Michael R. Collings has also considered that question. In his book In the Image of God: Theme, Characterization, and Landscape in the Fiction of Orson Scott Card, Collings offers detailed critical analysis of Ender’s Game, among other works. As Card suggested at a recent conference in reference to Collings’s observations, “I consciously believe in Mormonism. I’m relieved to discover that I am also subconsciously Mormon.”

As a long-time fan of the novel, I was leery about the film. While I generally tease book-purists who demand that films exactly match their reading experience (adaptation into a different medium requires a reimagination rather than a simple retelling), the early signs were that this adaptation took a lot of creative liberty with the original text. And I knew that while Card was heavily involved in early ideation, he had been contractually separated from the project prior to script finalization, filming, or editing. How much essential Card—and Ender—would be lost under competing interpretations from screenwriter, director, actors, and art direction?

It turns out the preemptive worry was largely unwarranted. This is a strong adaptation that remains faithful to both the plot and thematic content of the novel. The acting was solid, with a satisfyingly understated performance by Harrison Ford as Colonel Graff and a strikingly effective performance by Ben Kingsley as Mazer Rackham. Asa Butterfield did a creditable job as Ender. Though I found the overall depiction of Ender to be a little too moist-eyed for my tastes, that opinion had more to do with the script and the challenge of showing Ender’s increasing isolation while steadfastly refusing to let his tormenters see it. It was a nearly impossible role to pull off, and I think Asa Butterfield did as well as could be hoped without giving in (too much) to indulgent emotionalism or maundering displays. The visual effects were excellent and exceeded even my own active imagination for what the battle school might look like.

More importantly, I believe the film stands well on its own as a story that is both intellectually and emotionally satisfying. The film necessarily combined and condensed many elements. I found that effort effective and clean. Yes, some useful detail was lost; some complexity and nuance were skimmed over. But the core ideas and themes remained strong, and the key narrative goals were effectively realized. Reading the novel will improve enjoyment of the film and deepen many of the details but is not necessary to understand it at a foundational level.

Fortunately, I was able to actually test that question at the theater. It happened that four young viewers between the ages of fifteen and eighteen were sitting in the row directly in front of me. It also turned out that none of them had read the novel (only one knew there even was a novel). I took the opportunity to interview them separately, and all of them understood exactly the nature and consequence of Ender’s crisis at the end, proving the film’s effective and independent realization of the book’s core elements.

Ender’s Game is a solid, entertaining film that can appeal both to those who have read the novel and to those meeting Ender for the first time. Though Card himself has remained resolutely silent on his opinions of the adaptation, I recommend it without reservation—both as a broad-market science-fiction tale and as a story that can resonate specifically with Mormon audiences in deep and profound ways, as told from the mind and heart of a storyteller in Zion.

Scott R. Parkin is a writer, editor, publisher, essayist, and critic who has published stories in a wide variety of venues, including Irreantum, LDS Entertainment, Marion Zimmer Bradley’s Fantasy Magazine, The Leading Edge, Galaxy, and BYU Studies (where he won half the prizes in the magazine’s only fiction contest). He has taught writing at BYU, was a regular contributor to AML’s Dawning of a Brighter Day blog, and recently won a prize in an international science fiction and fantasy writing competition. 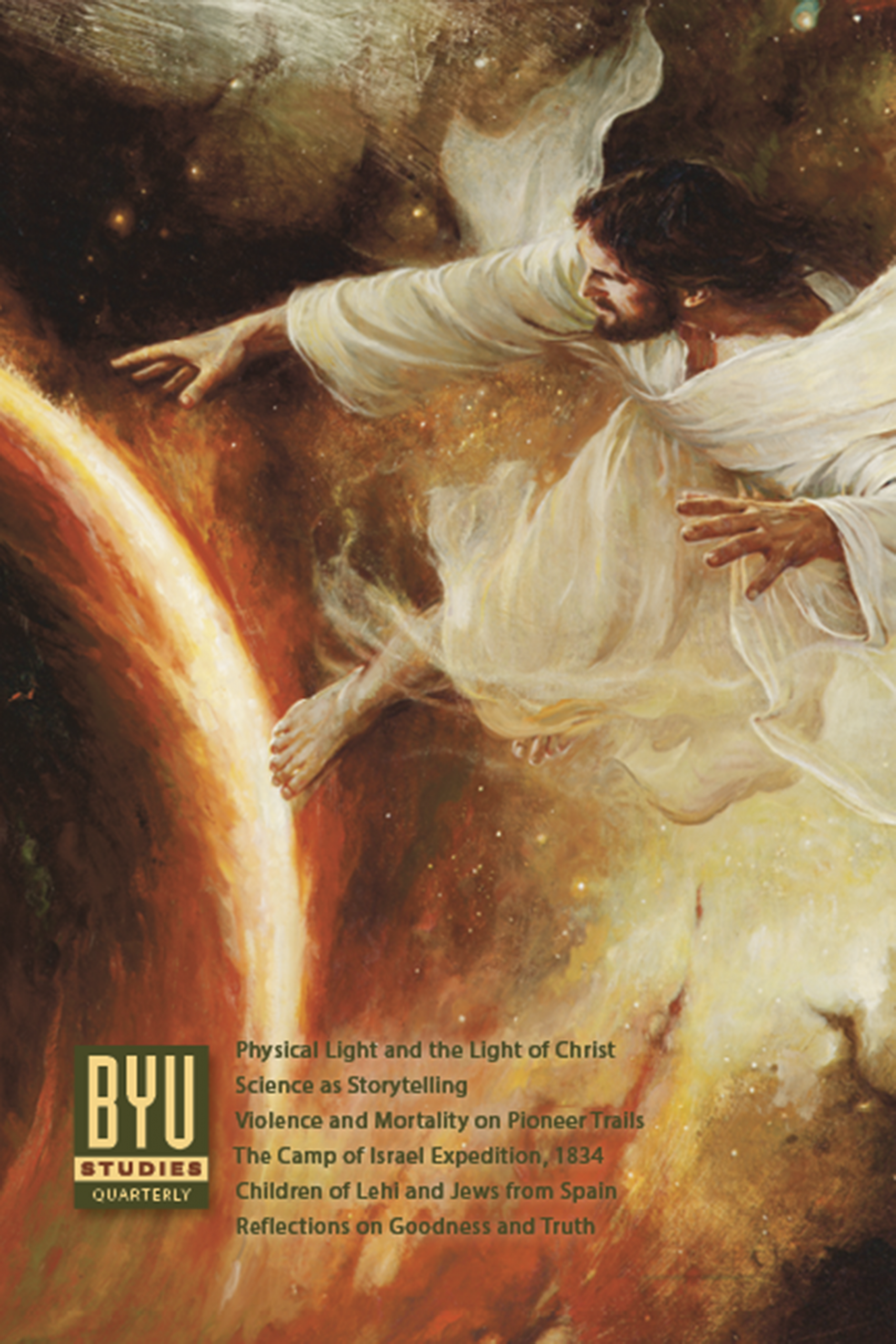