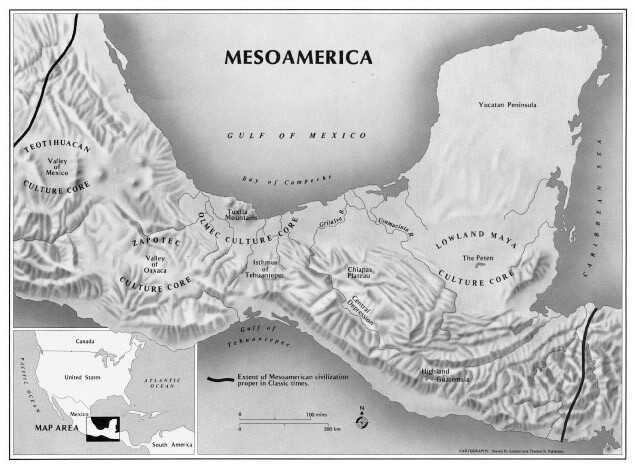 Archaeological evidence has placed ancient American peoples such as the Olmecs, Teotihuacans, Zapotecs, Mayans, and Chiapas in various general locations in Mesoamerica. The Olmecs are thought to have been contemporaries with the Jaredites, while the Chiapas may possibly have been associated with some of the Nephite peoples. Teotihuacan and Zapotec cultures are seen by John L. Sorenson as survivors or splinter groups of the Jaredite civilization. The Teotihuacans are thought to have been in the land northward where some Nephites resettled about 50 B.C. (see Helaman 3:11), and others in that region may have allied themselves culturally and possibly militarily with the Lamanites near the end of Nephite times.